Simplistically put rendang is nothing more than a stew, so why did it make CNN Travel Magazines Top 50 foods in the World. In fact it made Number 1.
If you've ever eaten a real rendang, then you'll know it's a fit for a king - and it has a fascinating story.
It's linked to an ethnic group known as the Minangkabau or Minang people from West Sumatra, Indonesia; their provincial capital is Padang. And Pandang is well known throughout Indonesia for its fantastic recipes. Their cooking style, which is often referred to as Padang cuisine, makes extensive use of coconut milk, fiery chilies, and aromatic plants. 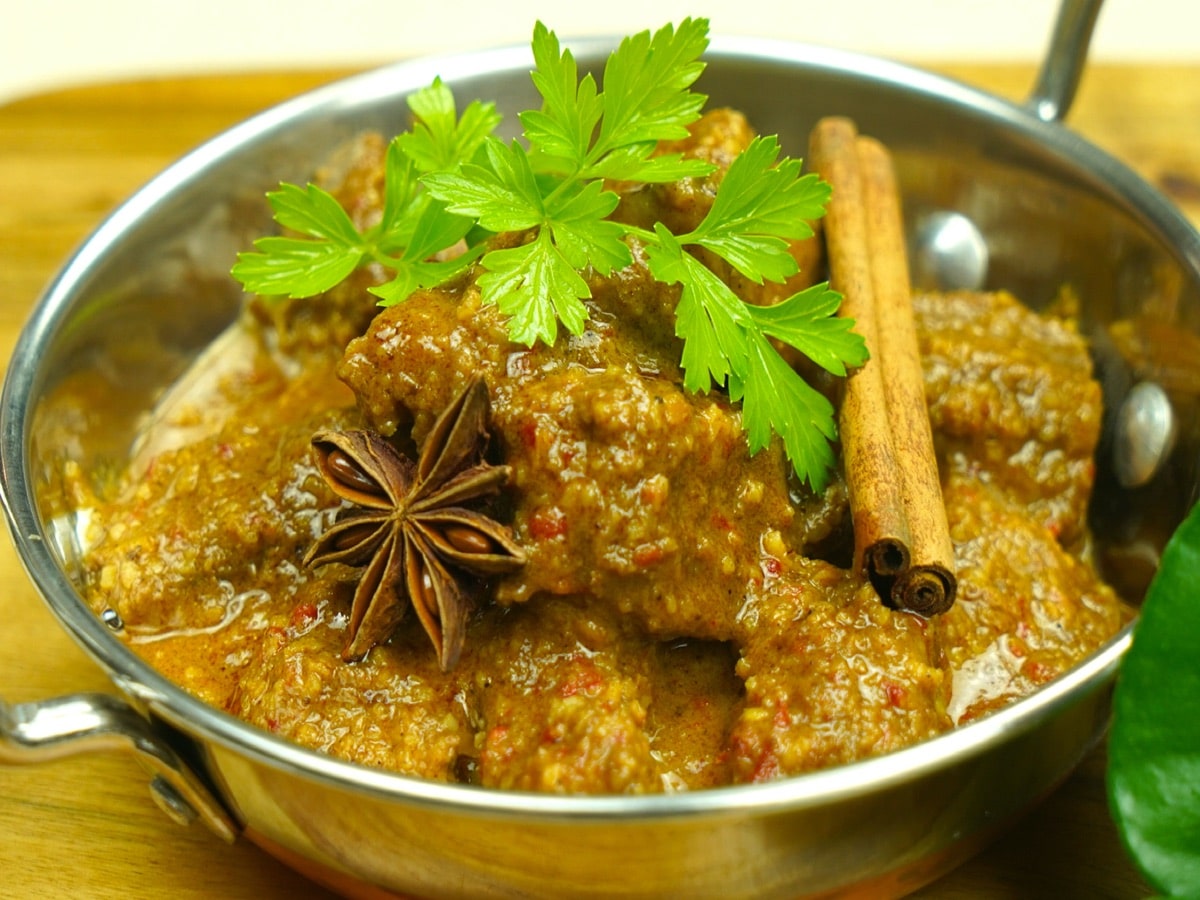 What does Instant Pot Rendang Taste Like?
The coconut milk deepens into a nutty, buttery sweetness, rendang is a rich and complex tasting curry.
Normally it takes hours of bubbling over a low heat which turns the protein soft and spoon-tender, taking on all the intense tropical aromatics of the coconut, chiles, and spice. But with an instant pot you can have all the great flavor and tenderness in less than an hour. Rendang slows the world down.

The flavor from Cloves is a strong and sweet rich taste - quite unique. Cloves is of the most penetrating of all spices and their flavor gives a great taste to dishes.

Chilli is a key ingredient an you can use only a little and it will make a huge difference to the overall taste. My message to you if you are afraid - is do not be - just use a very small amount to start with - you will soon learn just how much you need.

Ginger is another key ingredient, just like chilli - use a little at first, but do use it because you will notice a difference. Even if you do not actually taste the ginger directly - it actually influences and enhances the overall flavour of the dish. 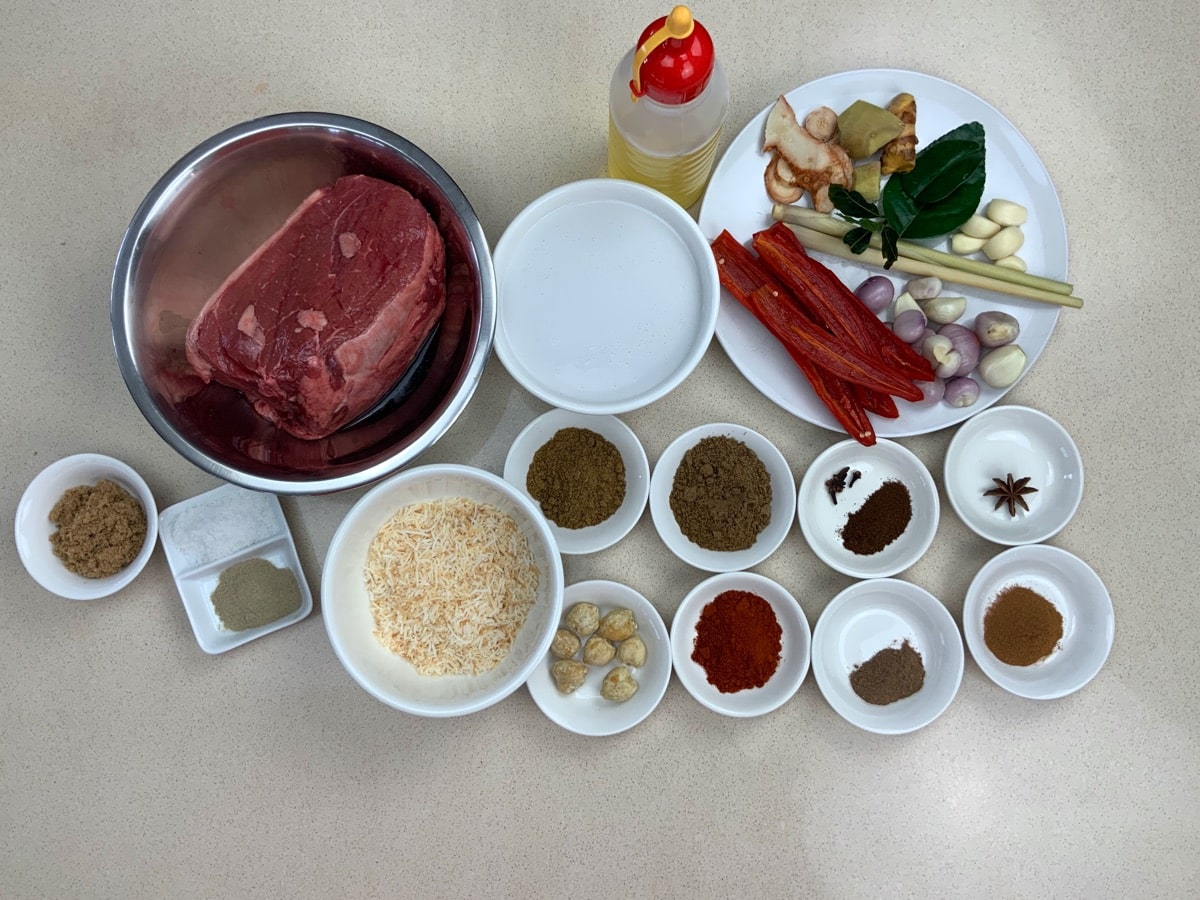 It really does help to get organized by getting all your ingredients measured and organized first. Especially when you are cooking a complex dish like Rendang - But don't worry follow our method and we make it easy for you.
Why - because when you have never made a recipe before - having all your ingredients ready means that you can firstly check them off against the recipe before you start so that nothing is missing. Secondly - as you are moving through the cooking steps it lets you focus on the dish preparation rather than jumping around looking for or preparing a missed item.

Spices for the blender just need to be rough cut.
Tip with the lemongrass is to cut off the hard ends and then slice. 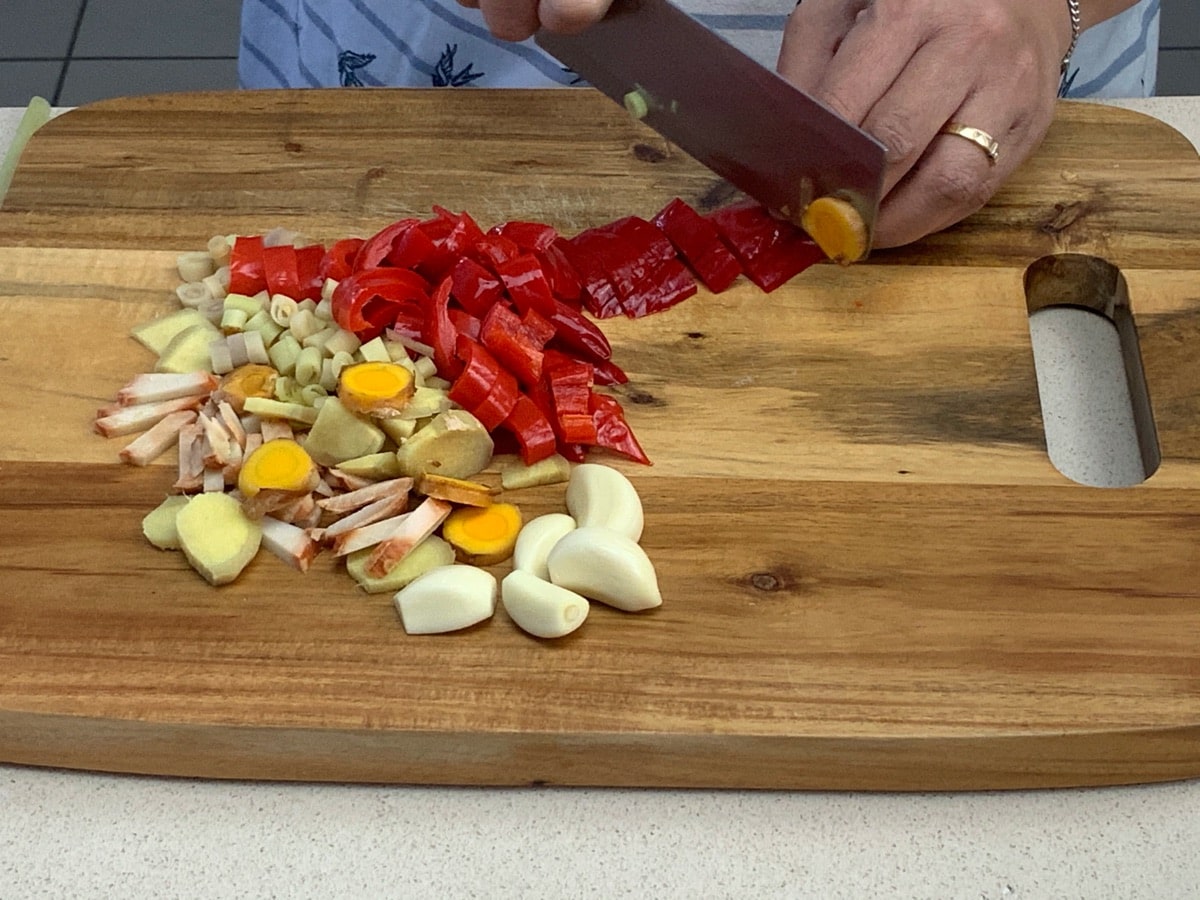 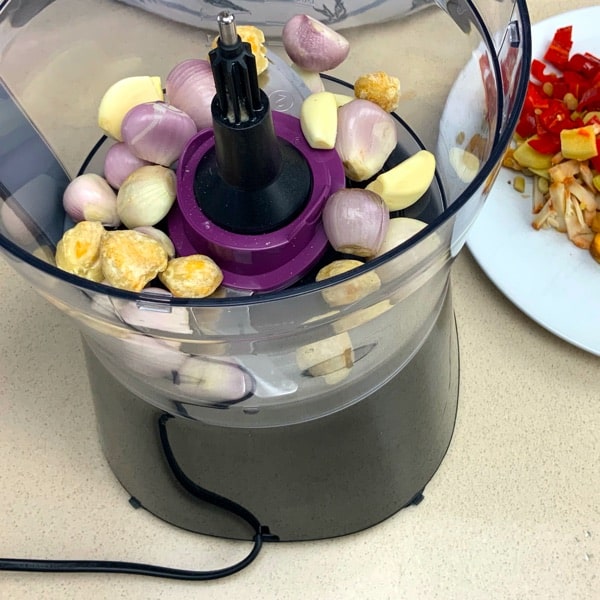 Add To The Blender

Now it is time to place the roughly cut galangal, ginger, turmeric, garlic (no need chop just put in the blender), lemongrass (dice to about 1/4 inch), chili, shallots, and then add to the blender and blend for about 5 minutes until quite a fine paste.

Dice the beef into cubes approximately 1 inch cutting with the grain. 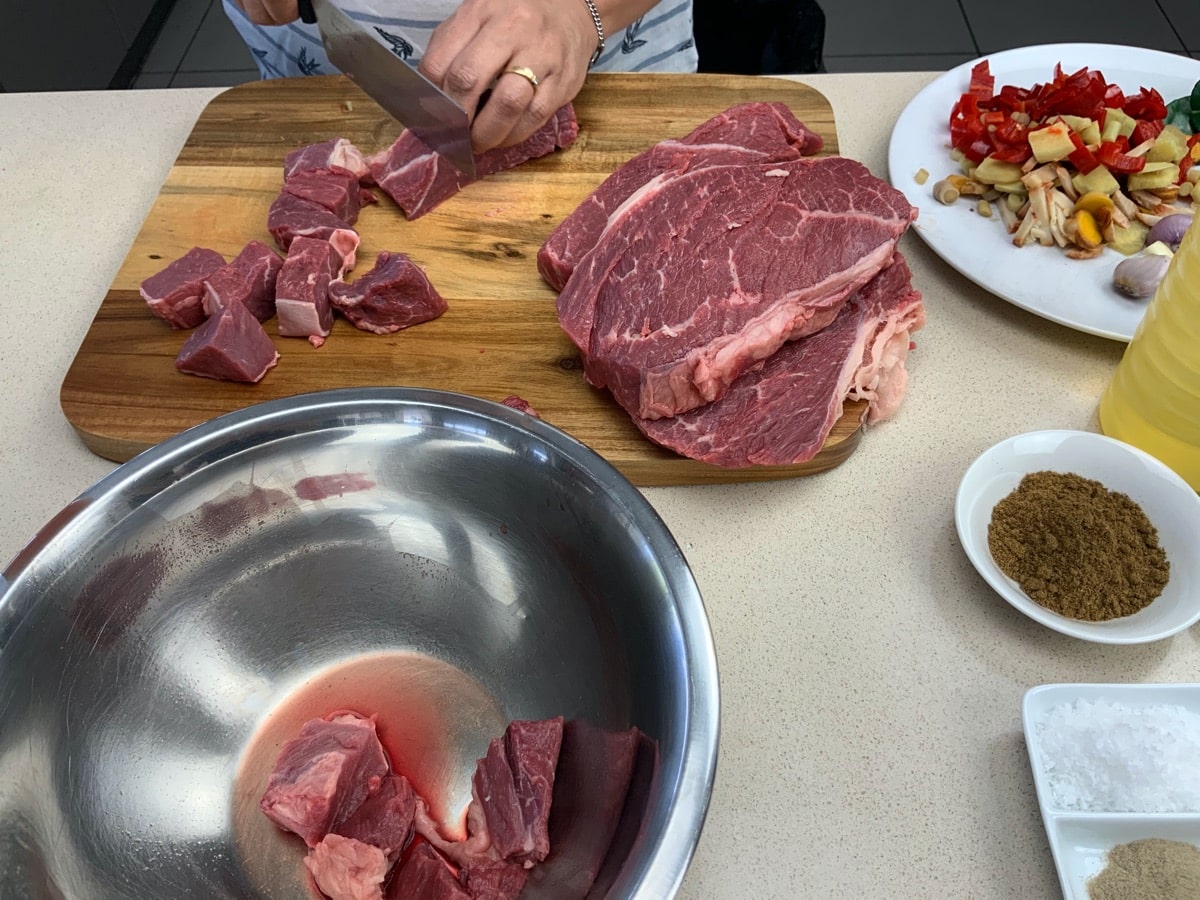 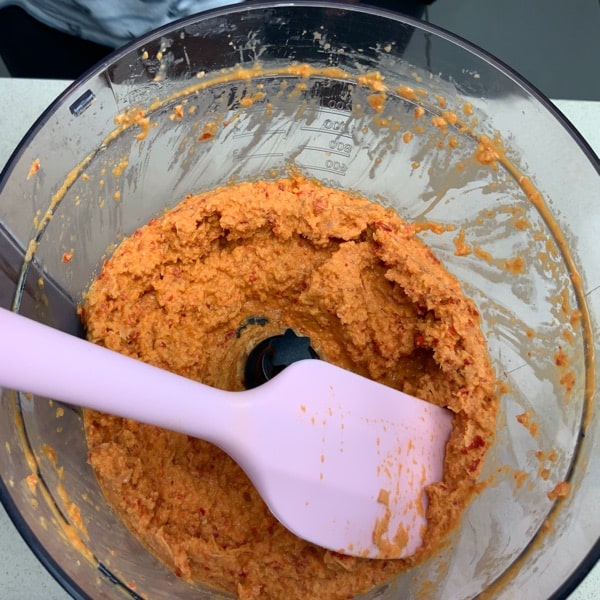 Now Blend for about 5 minutes until quite a fine paste.
You will need to add some olive oil to get it to blend as a paste and stop the bleed frequently to scrape down the sides and re-blend.

Turn the instant pot to sauté and cook the paste for about 2-3 minutes - you will not need oil because you probably put 2-3 tablespoons in making the paste. 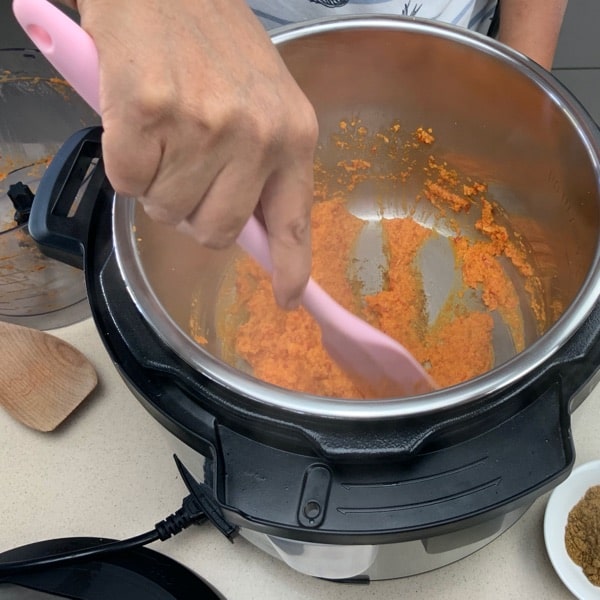 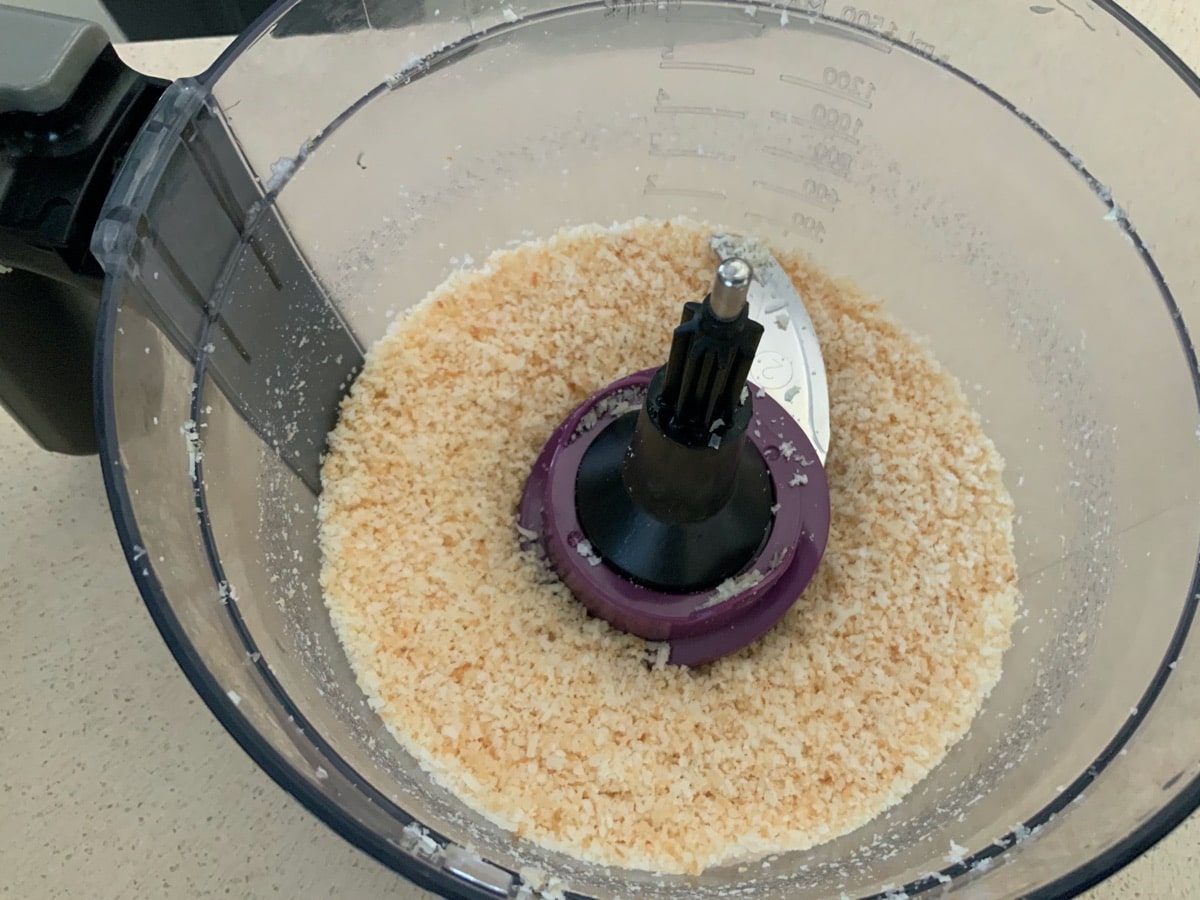 Now blend the coconut.  You want it reasonably fine - so that it adds to the taste and aslo helps to thicken the rendang gravy.

I really like the depth of flavor that a chilli can add but I do not like it too hot.
By scrapping the seeds and a little bit of the inside skin you can remove most of the heat - and keep the nice flavor enhancing properties of the chilli. 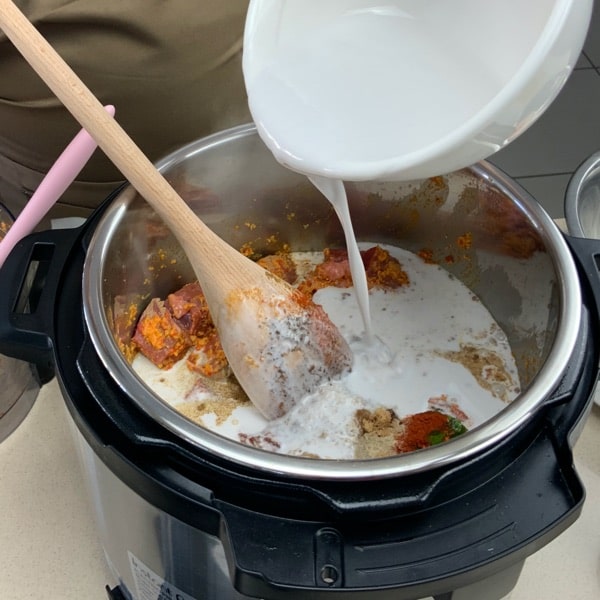 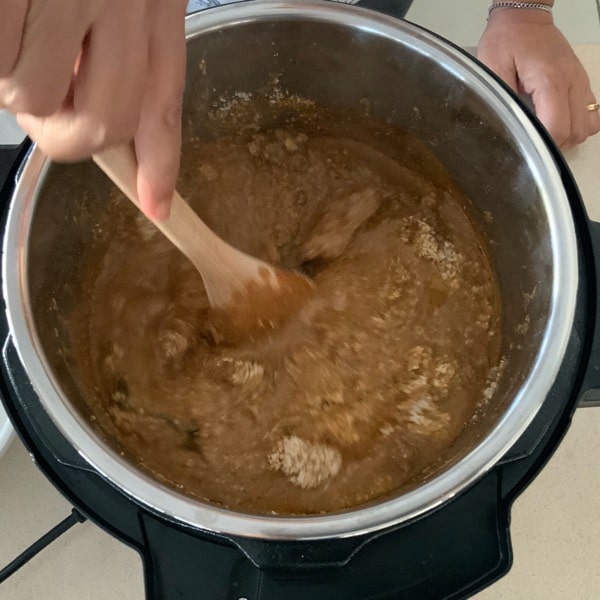 Add in the Blended Coconut

Add in the finely blended desiccated coconut - this helps with the flavor and texture of the dish.
Then you are ready to taste the gravy and see if needs any more salt, pepper, or sugar.

The depth and complexity of flavor that this dish has is amazing.
And as noted it won CNN Top Food see below. 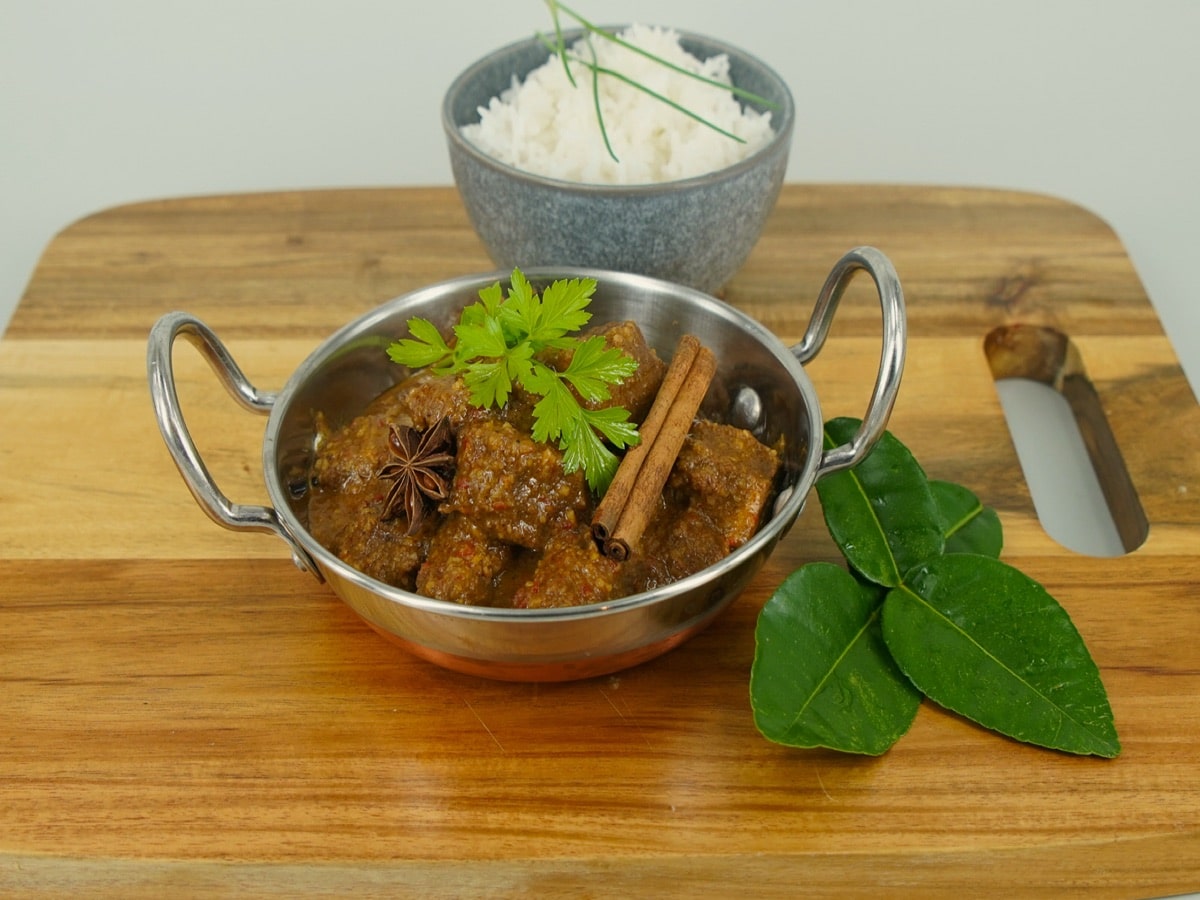 4 shallots (can use grated onion if no chalets)

Note: we got a burn warning on our instant pot - so watch for that as the pot comes up to pressure. We turned off the pot and with a wooden spoon scrapped and stuck paste off the bottom of the pot and mixed well and tried to make sure that the liquid was on the bottom.

We restarted the instant pot and all was fine. 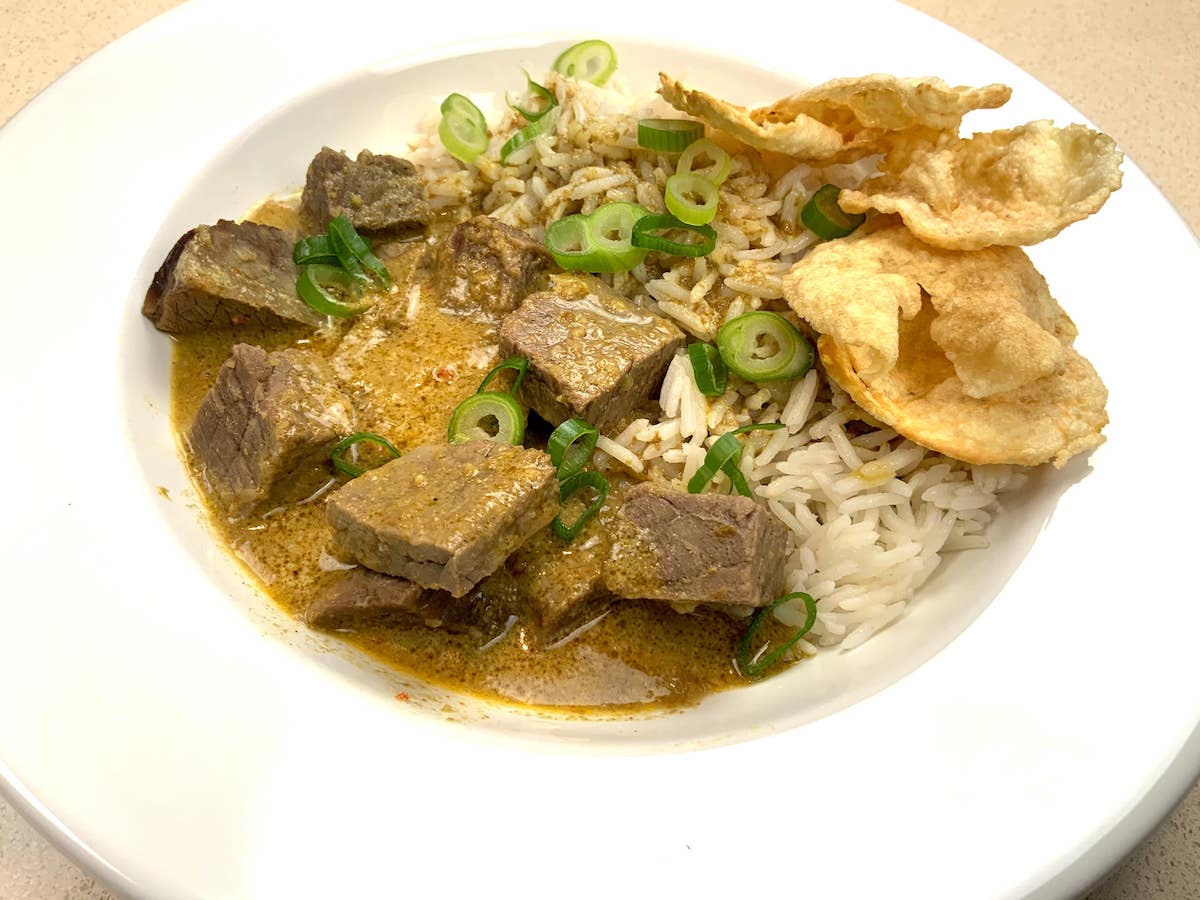 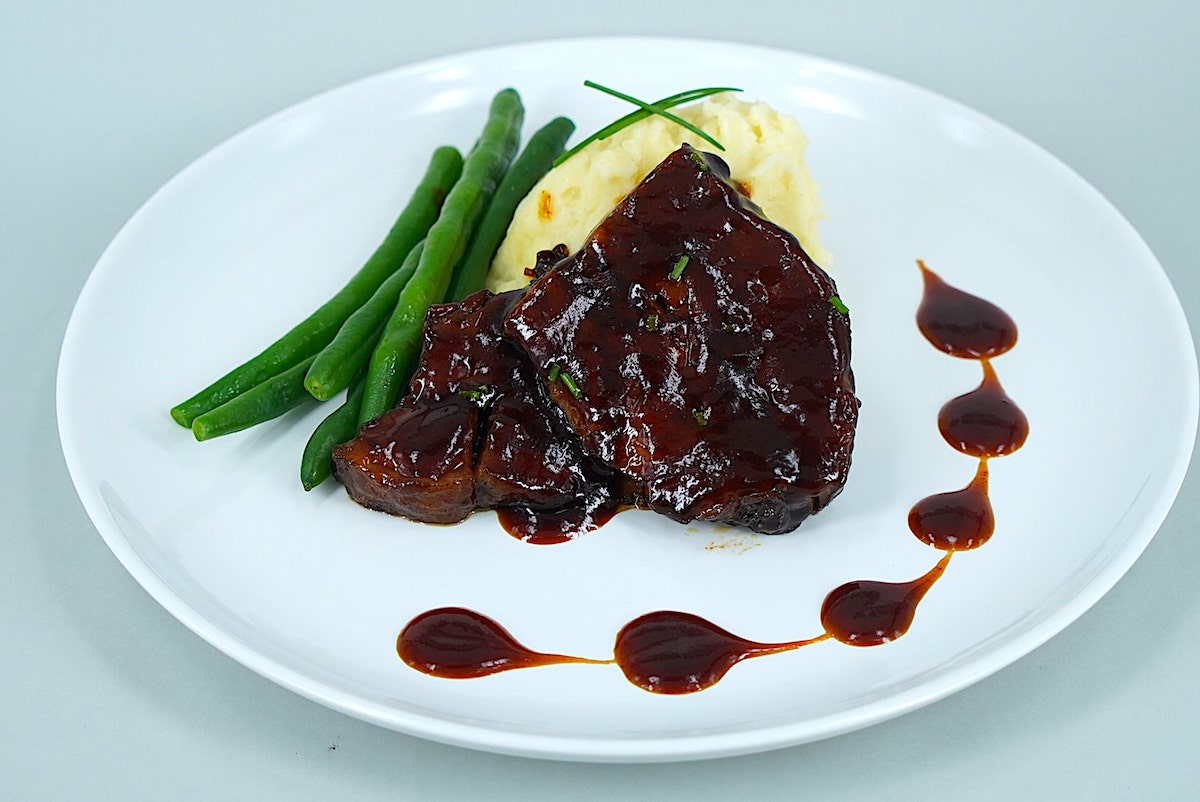 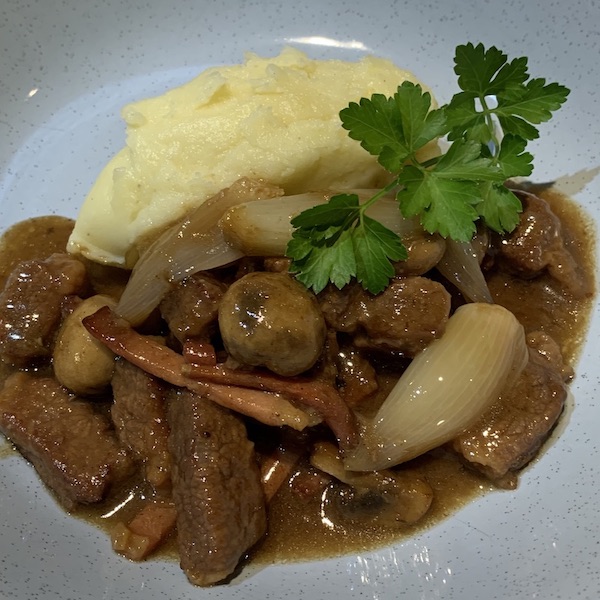 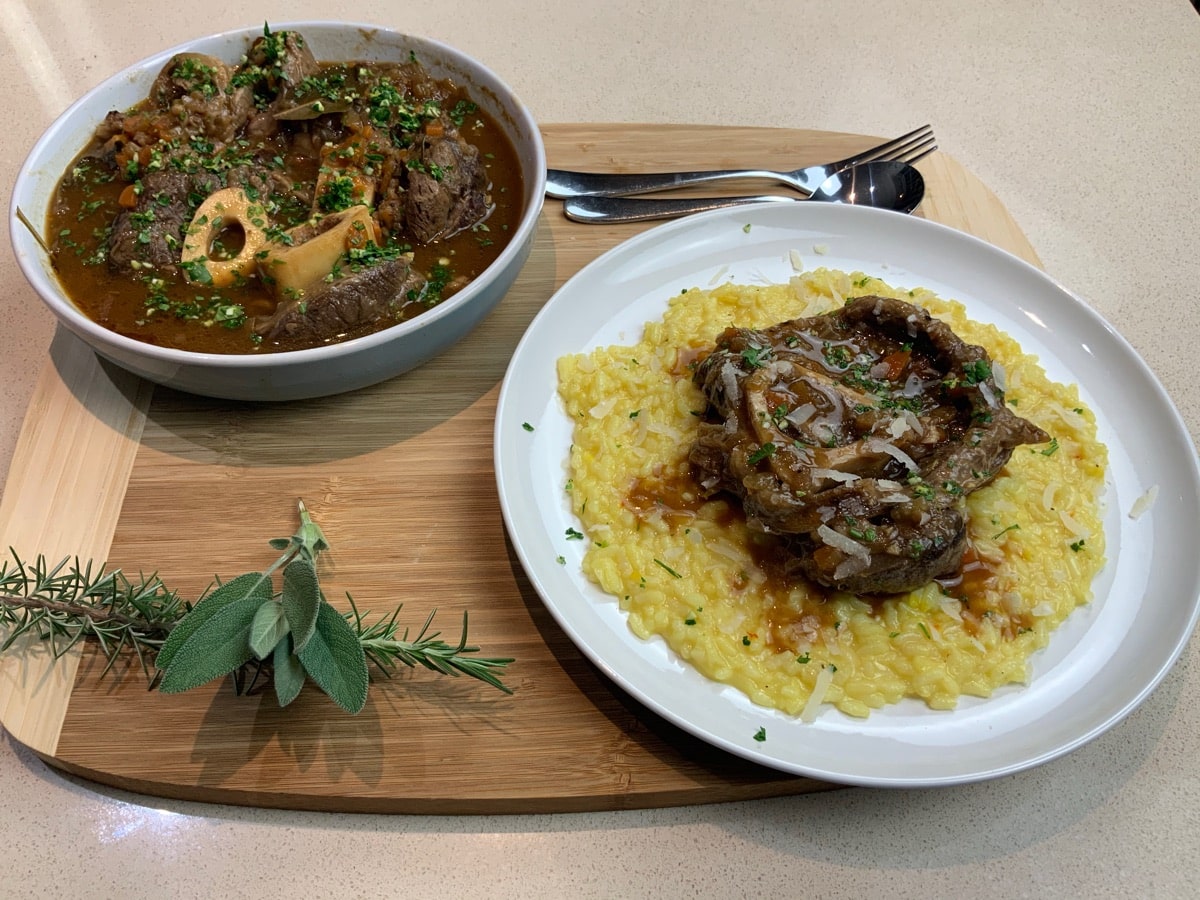 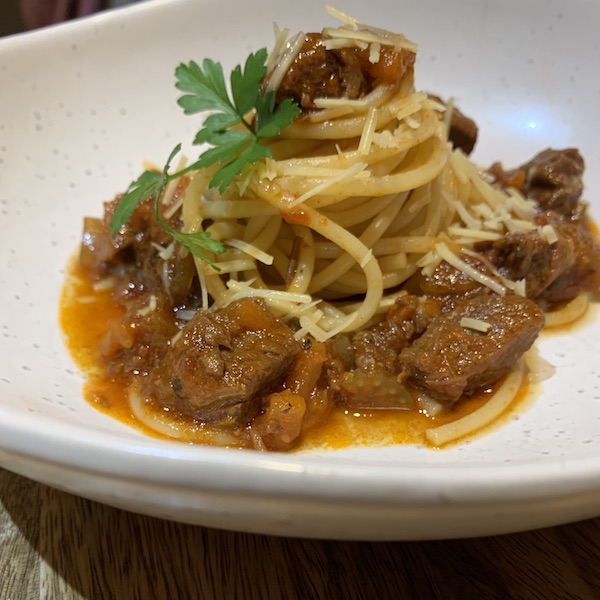 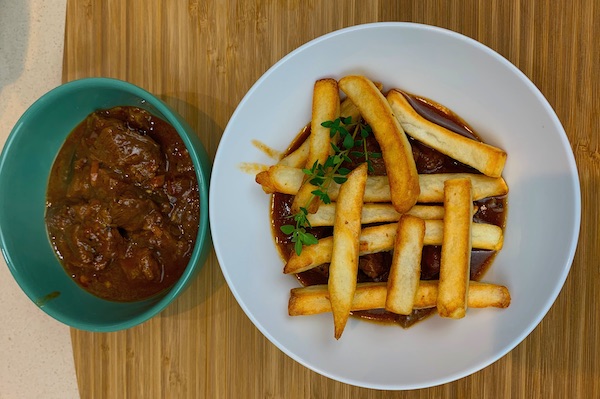